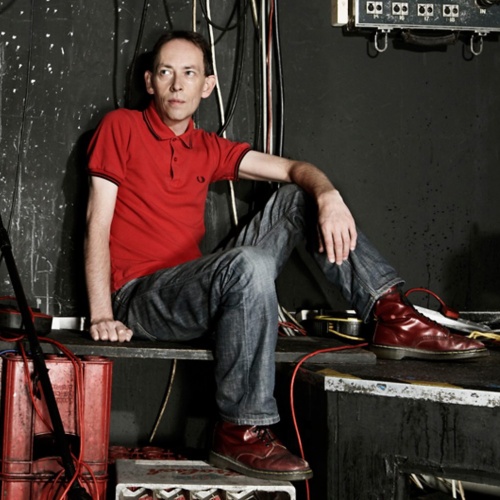 BBC Radio 6 Music is celebrating 10 years of Independent Venue Week, the annual seven-day celebration of independent music and arts venues in the UK and the people who own, operate and operate them. Steve Lamacq (weekdays, 4-7pm) takes his tour bus across the UK for a series of special shows, featuring independent venue appearances from Sprints, Grove, Young Fathers, The Murder Capital and Suede, as announced on tonight’s broadcast.

During the tour, Steve will be broadcasting each day from a different UK city or town location: Ramsgate Music Hall (Monday, January 30), Hare and Hounds in Birmingham (Tuesday, January 31), Norwich Arts Center (Wednesday, February 1), KU Stockton (Thursday 2 February) and Stereo in Glasgow (Friday 3 February). All artists will talk to Steve before performing at each of these venues.

Steve Lamacq says: “Independent Venue Week has always played a vital role in helping grassroots venues through a financially perilous time of year. But it’s even more important now as venues try to recover from the COVID lockdowns and cope with the pressures of the current cost of living situation. But it’s also a great time to get out there and see new and up-and-coming artists before they hit the summer festival stages. A great variety of music is offered.

“We have also lined up some of our own favorite new and established acts for a week of gigs in small independent venues across the country and will be touring the UK, broadcasting the BBC Radio 6 Music radio show from a different location each day. will present. ”

Samantha Moy, head of BBC Radio 6 Music, says: “Many of 6 Music’s favorite emerging and established artists started out performing in small independent venues across the UK. In a post-pandemic music industry, it has never been more important to support these venues and showcase the vital role and space they provide to musicians and fans alike. I’m incredibly proud that Lammo is on the road across the UK for a week to shine a light on such an integral part of our music ecosystem.”

Each set will also open with short performances from BBC Music Introducing artists. A song from each of these supporting artists’ sets will be played the next day at Steve’s show.

On Monday, January 30, Steve kicks off the week with Irish garage punk band Sprints before they take the stage at Ramsgate Music Hall for a show that night. Steve will also collect tracks from some of the very best Independent Venue Week performances broadcast on BBC Radio 6 Music in previous years, including a Franz Ferdinand track recorded on their PJ Molloys (Dunfermline) Independent Venue Week show in 2022. Sybil Bell, founder of Independent Venue Week, is on hand to discuss his 10th anniversary and the live music landscape in 2023. about Kent’s live music scene, and André Dack of the Ramsgate Music Hall treats listeners to a history of the venue. The show ends with an audio tour around Ramsgate from Filipe Gomes, composer, sound designer and director of Ramsgate Radio.

On Tuesday 31 January, Steve’s guest will be Bristol-based producer, singer and DJ Grove, joining Steve for their set at Hare and Hounds in Birmingham that evening. Steve will also perform a live recorded song from Monday’s BBC Music Introducing artist set. Adam Regan from the Hare and Hounds joins in to tell the story of the venue, along with BBC Music Introducing radio presenter Theo Johnson (BBC Radio 1Xtra, Sundays 10pm-12am), who will discuss Birmingham’s live music scene. There is another audio tour of Birmingham with a special guest guide and the show concludes with live recorded highlights from Sprints’ performance at Ramsgate Music Hall the previous night.

On Wednesday 1st February, Steve will welcome Scottish art pop trio Young Fathers to the show as they prepare for their first live show in four years at the Norwich Arts Center in Norfolk. Steve also performs a track from the previous night’s BBC Music Introducing artist performance, and Rosa Walton and Jenny Hollingworth of Norwich band Let’s Eat Grandma take listeners on a tour of Norwich. Steve is also joined by BBC Music Introducing presenter Kitty Perrin (BBC Radio Norfolk, Saturdays 8-10pm, and BBC Sounds) to talk about Norwich’s live music scene. In addition, there will be performances by Grove from Tuesday night’s set at the Hare and Hounds.

On Thursday, February 2, Steve will be joined by Irish post-punk band The Murder Capital for their performance at KU Stockton in North Yorkshire that evening. Steve talks to the band ahead of their performance, and listeners are treated to a tour of Stockton from Kingsley Hall, frontman of Stockton punk band Benefits. BBC Music Introducing radio presenter Shakk Hashemi (BBC Radio Tees, Saturdays 8-10pm, and BBC Sounds) joins Steve to discuss the Stockton music scene. Jimmy Beck from the venue will also share the story behind KU. Plus, Steve takes a look back at last night’s performance, highlighting highlights from the Young Fathers set.

Steve will also provide listeners with gig guides to other Independent Venue Week concerts taking place across the UK this week.

All programs can be heard live on BBC Sounds and for 30 days after broadcast on BBC Radio 6 Music.

Independent Venue Week is also celebrated on BBC Radio 6 Music. Chris Hawkins (weekdays, 5-7.30am) will host weekly MySpace audio tours of venues across the UK in the run-up to Independent Venue Week. The tours begin with Oporto in Leeds on Monday 16 January, followed by The Tunnels in Aberdeen on Monday 23 January and conclude with YES in Manchester on Monday 30 January. Chris will also be joined by Jay Taylor from Music Venue Trust on Wednesday 1 February to talk about the challenges independent venues face and what the future holds for them in 2023.

During the Craig Charles show (weekdays, 1pm-4pm), Craig’s usual daily functions will be taken from five eclectic independent venues throughout the week. On Monday, Tramshed in Cardiff tells listeners which cover sounds better than the original, while Thekla in Bristol takes over the soothing Zen Den on Tuesday. Roadmender in Northampton will explain the importance of independent venues post-Covid on Wednesday and the Trunk of Punk will be taken over by Brixton Jamm in London on Thursday. To close out the week, the Lemon Tree in Aberdeen provides a Thank Funk It’s Friday mix. Ahead of the celebration, Manchester independent venue Band on the Wall will be joining Craig on Wednesday 25 January to share their plans for 2023.