Sugababes and The 1975 set for BRITs Week performances – Music News 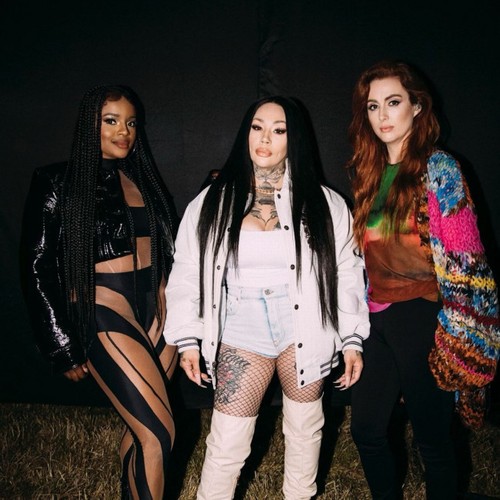 Sugababes and The 1975 complete the line-up for BRITs Week presented by Mastercard for War Child.

The reunited ‘Overload’ hitmakers – consisting of original members Keisha Buchanan, Mutya Buena and Siobhan Donaghy – will perform an intimate performance at London’s The Garage on February 8 to benefit the charity that supports children living in war-torn countries .

Indie pop group The 1975 will play Manchester’s Gorilla on February 1, giving fans of the ‘I’m In Love With You’ group a rare chance to see the band in an intimate venue following their arena run.

The War Child pre-sale starts on January 12 at 9:00 am for those who have registered before midnight on January 11.

General sale starts January 13 at 9am via britsweekwarchild.co.uk.

The Hunna begins January 29 in Lafayette.

Other artists performing all over the city include Metronomy, Beabadoobee, The Snuts, easy life, Sea Girls, Frank Turner and The Sleeping Souls and Bob Vylan.

Austen Cruickshank, Senior Live Music Manager at War Child, commented: “We are delighted to once again be working with BPI, AEG and Mastercard on a new BRITs Week series. The 2023 shows feel particularly special to us as we also as we celebrate our 30th anniversary as a charity, we look back at all we’ve been able to do for children affected by conflict around the world, thanks to the music industry’s relentless energy and passion. never again, so we’re thrilled to be bringing this amazing roster of talent to some incredible venues across London and the UK, creating more unforgettable music moments and raising much-needed funds to support our work now and for the future .”