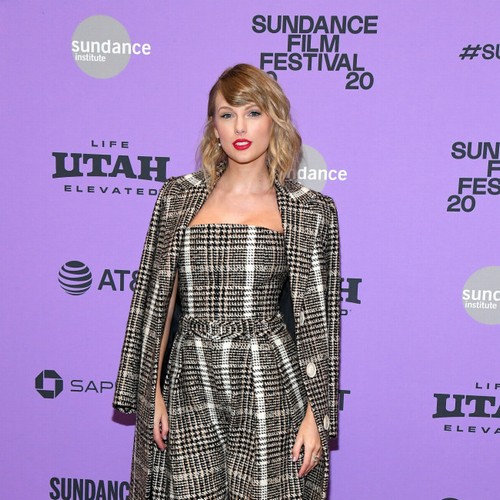 Taylor Swift screamed “10 straight minutes” after receiving a Grammy Awards nomination for Song of the Year.

The 32-year-old star is in the running for the award – which she has never won – for her 10-minute version of “All Too Well,” which she co-wrote with Liz Rose, and Taylor is grateful to the songwriter for believing in her . .

She wrote on her Instagram Stories, “I just got off the phone with @lizrosemusic, my co-writer on ATW, and reminisced about how we started writing together when I was 14.

“She believed in me then and we’re nominated together now. It’s just so cute I can’t take it. I want to wander across the magic and mystery of time and fate and reclaim my art, but instead I think I’m going to scream for ten minutes straight.

“And think how this wouldn’t have happened without you. (sic)”

Taylor – an 11-time Grammy Award winner – admitted that receiving a nod to the tune is “memorable and surreal.”

She added: “So many reasons to lose my mind today, but… All Too Well 10 is the song I’m most proud of, of all I’ve written.

“The fact that it’s been nominated for Song of the Year at the Grammys, an award I’ve never won, that’s a tribute to the songwriting…it’s memorable and surreal.”

‘All Too Well’ was originally part of Taylor’s 2012 album ‘Red’, but she re-recorded the record after Scooter Braun bought her master recordings in 2019.

That led to ‘Red (Taylor’s Version)’, which was released in November 2021 and featured a 10-minute version of ‘All Too Well’.

Protests spread in China as anger rises over ‘zero-COVID’ | News

Cyber ​​Monday gaming monitor deal: settle for nothing less than 1440p for under £200