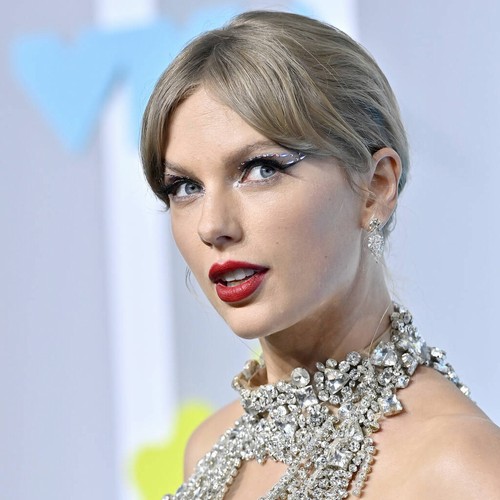 Taylor Swift performed her latest single Anti-Hero live for the first time on Thursday evening in a surprise performance at The 1975’s concert in London.

The Shake It Off singer surprised audiences at London’s O2 Arena by appearing on stage alone during the show’s interlude. The crowd went wild when she entered through a side door into the concert’s home set in the suburbs, accompanied by the message “guest starring…Taylor Swift.”

Wearing a sequined mini dress, Taylor picked up an acoustic guitar and asked the audience, “Is it okay if I sing? I was thinking about doing one that I’ve never played live before.”

The 33-year-old then sang Anti-Hero, the first single from her new album Midnights. She completed her solo acoustic set with a cover of The 1975’s 2013 single The City.

According to NME, towards the end of the song she asked the audience, “Having a nice Thursday night?”

After they responded with cheers, she added, “Same.”

Taylor is no stranger to making surprise appearances at London concerts – she joined Bon Iver’s Justin Vernon and The National’s Aaron Dessner to perform their collaboration Exile in October and teamed up with her close friends in Haim to perform a rendition of the band’s song Gasoline. .

Taylor will play Anti-Hero on her upcoming The Eras Tour, which kicks off in America in March. The tour marks her first tour in five years.