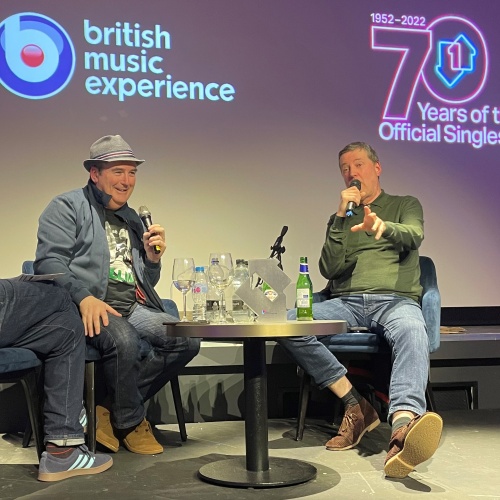 Liverpool band The Farm say they have stopped using their classic 1990s football anthem, All Together Now, for use in an advert linked to the Qatar World Cup. OfficialCharts.com reports.

Speaking last night in Liverpool at the launch of the British Music Experience’s temporary exhibition with the Official Charts Company to celebrate 70 years of the Official Singles Chart, Peter Hooton, lead singer of The Farm, revealed that the band will be using their signature rejected hit from a McDonald’s advertising campaign for the Qatar football tournament.

The Merseyside band, who first broke through in 1990 with Top 10 hit Groovy Train, discussed the chart success of All Together Now with event organizer Kevin McManus. Hooton explained that while the song never reached No. 1, it is still in demand now.

“People want to use it, I mean McDonalds wanted to use it for Qatar. He doesn’t know this…” Peter said, pointing to a surprised bandmate Keith Mullin.

Hooton joked, “Look at him… shocked!” before shaking his head and continuing, “but they’re not going to use it,” he stated conclusively. Mullin chimed in, “No, that wouldn’t be right.”

As It Was by Harry Styles named ‘most streamed’ song of 2022 – Muzieknieuws.nl