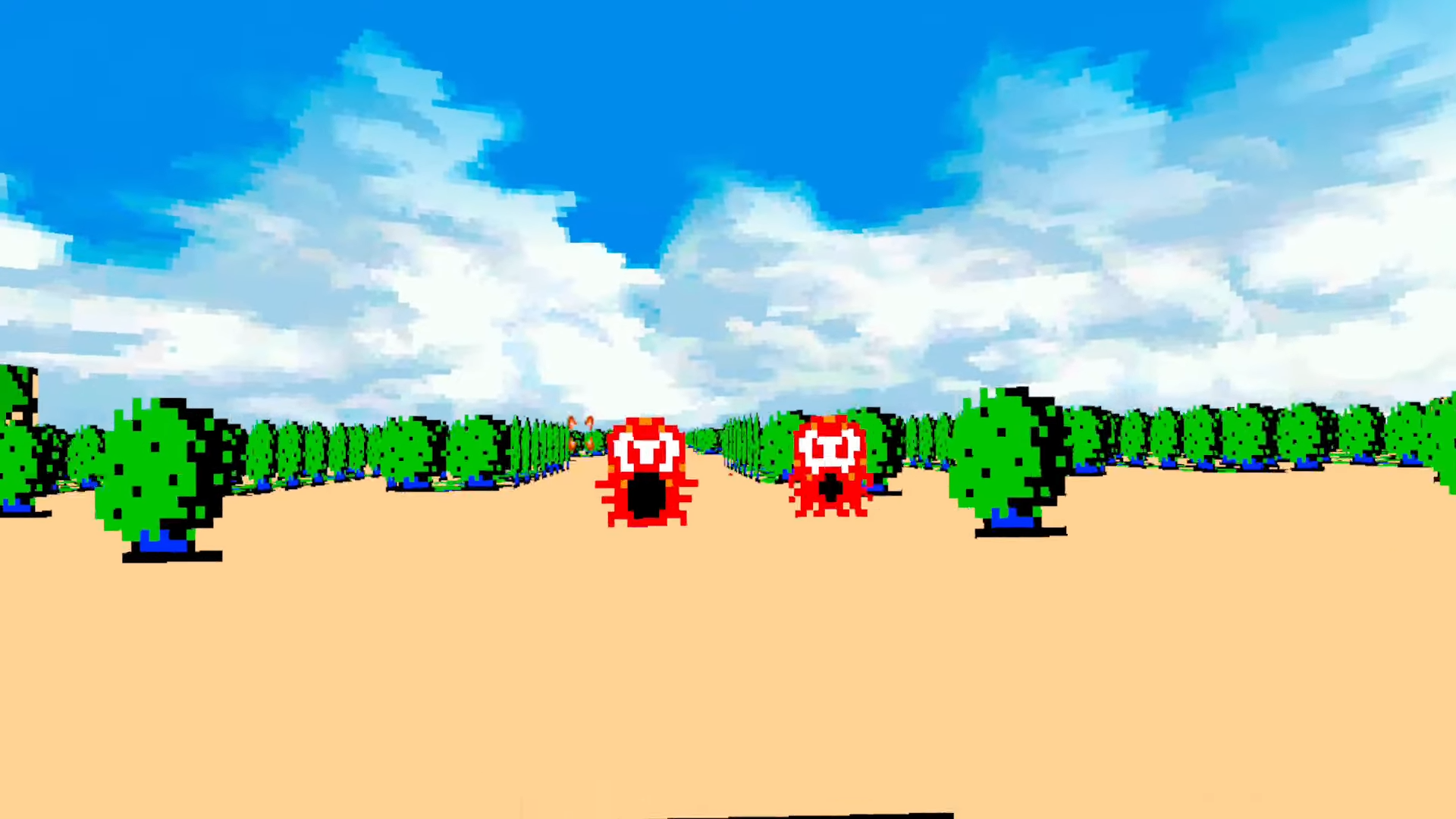 A Japanese modder has managed to create something that just looks remarkable to people of a certain age: the NES Legend of Zelda works beautifully in VR from a first-person perspective. “I feel like I’m in a dream from those days when I only knew the 8-bit graphics of the NES,” writes creator Sugary Noe.

When you look at this thing, you know how they feel. Hard to believe now, of course, but Zelda looked great for its time, and the strength of its visual design is perhaps best reflected in the fact that much of what this game introduced remains core to the series, including Breath of the Wild, which returned to the more open style of the original.

The game was first released in 1986 and the mod is for QuestZDoom and is played here on a Quest 2 (first noticed by Gamerant (opens in new tab)).

The mod is called The Legend of Doom and in its current form contains the first part of the game. There’s something incredible about seeing this 2D world translate into this perspective and look so true to life, and it also has the unexpected effect of giving the game’s world a real sense of scale.

We may be in an era where even PlayStation recognizes that its games should be on PC, but it’s going to be a cold day in Hyrule before we ever get anywhere near an official Zelda here. Not that this stops people of course: you can play Link to the past (opens in new tab) and Ocarina of Time (opens in new tab) thanks to dedicated fan projects, while there are some Zelda themed mods (opens in new tab) for almost every major game out there.