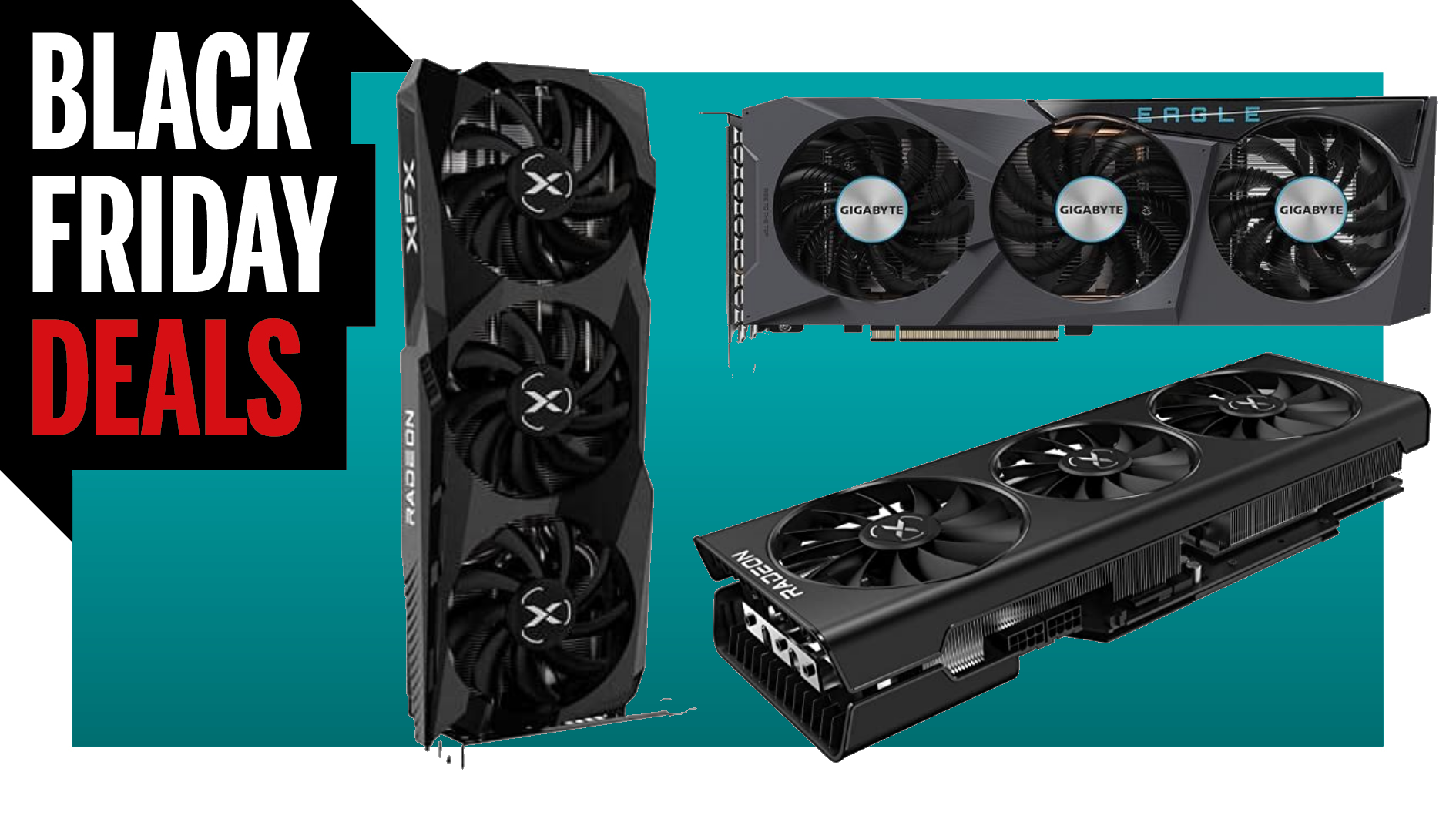 Readers of PCG’s weekend question (opens in new tab) will be well aware of my GPU issues, but for the unfamiliar, let’s just say that circumstances have conspired to the point where I occasionally have to turn my PC upside down to get the graphics card to work. Look, don’t worry, it’s fine, but I’m in the market for a new GPU, and some of these AMD deals have seriously tempted me to move from the green team.

While we all best black friday gpu deals (opens in new tab) drafted for you and constantly updated, I thought I’d take a moment to highlight a few of the specific deals that are making me rethink my allegiance to Nvidia.

First up is XFX’s version of the AMD Radeon RX 6700XT (opens in new tab), which makes a lot more sense on sale than with MSRP, especially with over a hundred dollars off. This isn’t an RTX 4090, but it’s a solid choice for 1080p and 1440p gaming, and the RX 6700 XT currently holds #3 on our list of best graphics cards (opens in new tab). Since I spend most of my time playing Crusader kings 3 (opens in new tab) on my 1440p monitor – and I’m pretty sure this card won’t ask me to turn my PC upside down at any point – I have to admit I’m tempted.

Heck, if I was content to live at 1080p for a while I might even pick one up RX6650XT (opens in new tab)which is virtually unmatched for its price these days.

On the other hand, if I ever get the urge to play in 4K, I can always spring for that card’s big brother: the XFX Speedster SWFT 319 RX6900XT (opens in new tab) (I’m convinced whoever mentions these things is just kidding us at this point). Another card that barely made sense at MSRP, it gets a lot more convincing when you take $200 off the price tag.

These are both RDNA 2 cards, not the latest and the greatest RDNA 3 technology (opens in new tab), and they clearly lack Nvidia’s bells and whistles like DLSS. But I’m on a 1080 Ti right now anyway, so it’s not like I’m giving up anything, and with Nvidia’s latest generation of cards being so huge and expensive, I have to admit it’s going to be a battle for my coat on this one.

For Canadian universities, the Palestinian is the ‘toxic other’ | Opinions