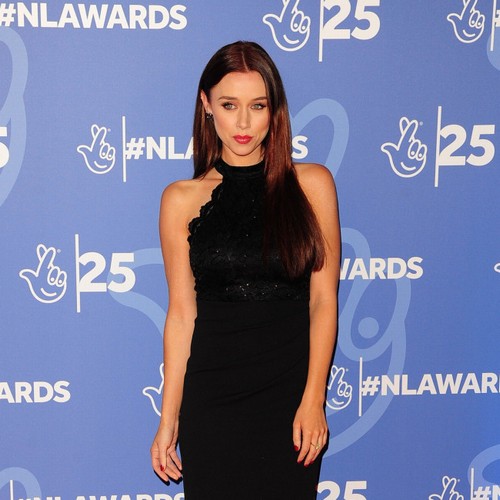 The 41-year-old pop star – who split from rugby player Ben Foden in 2018 after six years of marriage – was part of the girl group alongside Frankie Bridge, 33, Mollie King, 35, Vanessa White, 33, and Rochelle Humes, 33, from 2007 to they went on hiatus in 2014, but now thinks the “time is right” for the pop quintet to get back together.

She told The Sun newspaper’s Bizarre column: “I’ve just started crystals. I have one to look for love and another one that’s supposed to protect you from negative energy. This year I’d like to do something with the girls again do. I feel the time is right.”

Last year, Una — who enjoyed a string of hit singles as part of Saturdays that included songs like “Ego,” “Missing You” and “Up” — enjoyed a solo career, explaining how her first single, “This Is Your ‘Life’ was a reworking of a song she initially wrote as a teenager.

She said: “One of the first songs I wrote, when I was 15 years old – it was very philosophical for a 15-year-old – was called ‘This Is Your Life’. I don’t know what I was thinking at the time, but I just felt really passionate about life and how precious it is and how important it is and just sat on it for a while.

“During a Zoom session in the pandemic with Anna Krantz, a great singer-songwriter, we wrote a song about the pandemic and I thought, ‘No, nobody’s going to listen to that.’

“So we reworked ‘This Is Your Life’ and here it is now. It’s finally been released to the world and it’s a celebration of life, but an acknowledgment of how hard it can be. And I feel like I I’ve lived enough life to know.”