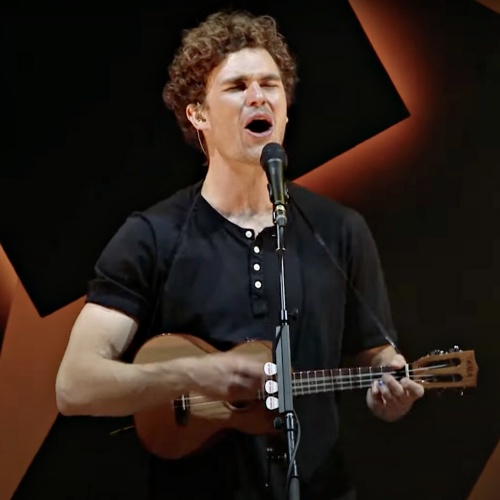 This morning on Fitzy & Wippa, we’re chatting with artist Vance Joy. Vance reveals he once left a writing session with One Direction saying, “None of my ideas are going through. I have to get out of here. And I was like, at one point I was like, okay, my Uber is coming, guys. He also talks about his former AFL days and the moment his team realized he could sing.

VANCE JOY REVEALS WELCOME ONCE FROM A ONE DIRECTION WRITING SESSION [5:12]

FITZY Have you been to any of those songwriting camps? I didn’t know this happens quite a bit in the industry, but these people all come together.

WIPPA I hate that.

FITZY There’s a lot of creativity… Do you hate that? You do covers for Platinum Mate.

WIPPA No if you’re an artist, and you have some ideas, and there’s the pressure to contribute in front of the other artists. And then the awkwardness of saying, if someone else is going on, that’s really cool, man. I have a feeling you want me to expand on that. You want me to layer that.

VANCE One story, but I was just, it was a funny story I whipped up for a songwriting session. And it was like these guys work with one direction and everything. And honestly, when I got to this house, it was about an hour’s drive to Calabasas, to this gigantic kind of real estate. And I got there and I quickly realized they just misplaced the schedule or something and they didn’t know I was coming that day. And so I thought, Hey, I’m here. And they’re like, oh, hey um. It was a songwriting day for one direction. And there was like Louie and Liam, where they know, and I was the spare part, I was the absolute spare part, nobody knew I was going to be there. And, and like all day long, I was like, they don’t even… none of my ideas are going through. I have to get out of here. And I was like, at one point I was like, okay, my Uber is coming, guys. And I was like, yeah, I just got out of there. It was so uncomfortable.

FITZY You’re kidding. Did you contribute?

VANCE I contributed, but I was also like, I shouldn’t be here. They didn’t expect me here and they had this idea that the One Direction songs will be released today. The guys were super nice. But they were like I don’t think I ever fit into their plan to be, they’ve got this covered.

FITZY We need to talk about this. So you’ve only just revealed that this is it. So Howie did this, The Howie Games, which are great podcasts, but how did he reveal that your nickname in his footy days, it was the gauntlet?

VANCE Yeah I think just to be clear, there was about two weeks where Craig McCrae who had taken over at Coburg Tigers. I don’t know, I think he was like, okay, Jimmy’s in the back. Maybe just be a gauntlet, meaning you just step on the opponent and follow him everywhere. Don’t let them move, just adjust them like a glove. And so that’s what I did. And I think yeah, I wasn’t there for my skills or anything. Just to stand next to someone.

FITZY Have you ever played songs in the football club?

VANCE JOY I did.

FITZY Have you been back to the football club and performed for them? They would have asked you countless times.

VANCE Yes, I should make that right. Not me, I played my first year at Coburg. The coach was Andy Collins, and he did this like a football camp talent show. And I got up and I sang. I also feel like no one knew I could sing and I got up and I said This Thing Called Love by Queen. And all the guys were like, what happened to this guy? We didn’t know, he’s a wildcard.

FITZY So they had no idea you were musically gifted?

VANCE Yes. And I did it a cappella. And I actually think some of the guys, nobody knew what to think but then one of the players whose it was absolutely gyn. His name is Fortunato, he was like Jimmy, you have to be on the Get on the voice Australian Idol or something? I was like, okay. Yeah, so I kept playing, I played covers, I played fuel shimmer, which is an absolute hit.