Watch Intel show off an unreleased 6GHz chip in the labs 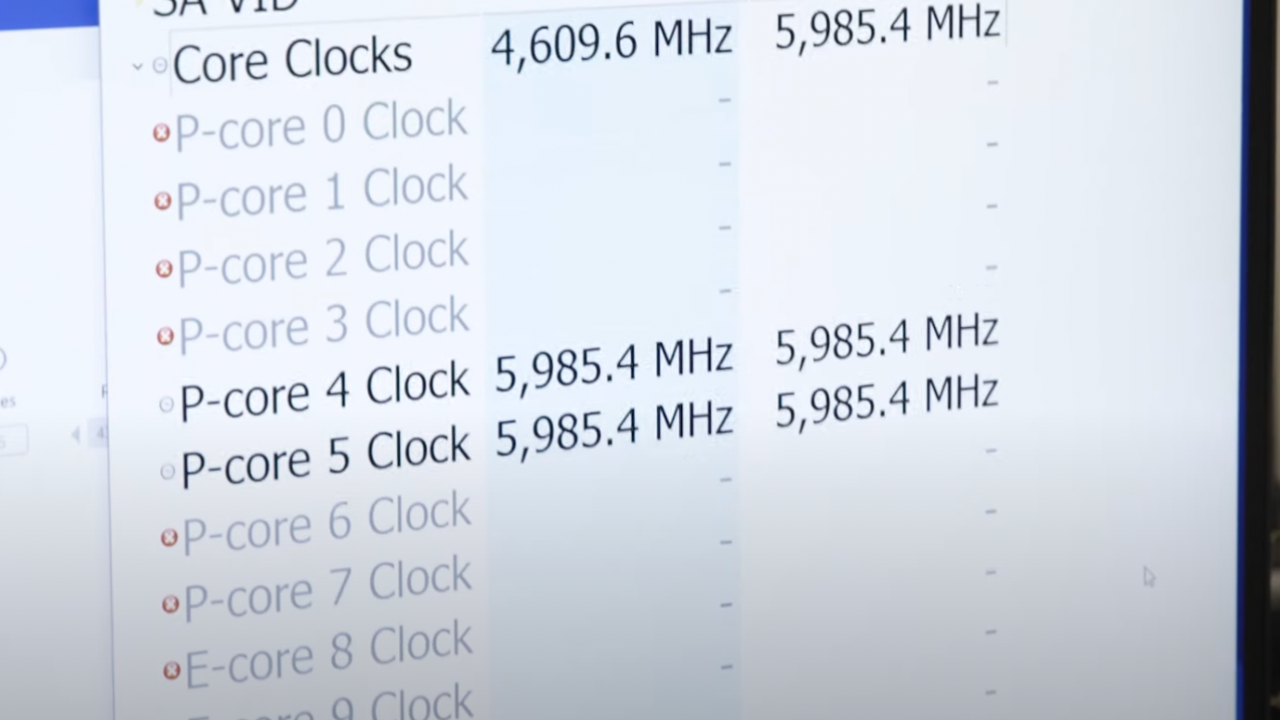 In typical coy fashion, Intel has a YouTube sneak peak (opens in new tab) of its forthcoming 6GHz CPU. Intel says the new chip will hit 6 GHz “out of the box” and “without the need for overclocking.”

Almost certainly this new CPU model will be known as the Core i9 13900KS and Mirror the existing 13900K (opens in new tab) in all but peak Turbo Boost Max clock speed, raising the bar from the 5.8 GHz of the plain old “K” model to the token-significant 6 GHz. But Intel still doesn’t really want to name the chip.

Intel demonstrated the chip using a ready-made Corsair CPU cooler, with a 7-Zip benchmark and then Hardware Info to track the CPU frequency. Even in Intel’s carefully curated video, the chip doesn’t reach a sustained 6 GHz.

Jason Xie, technical marketing engineer for Intel, explains that “Staying at that 6 GHz really depends on the environment. There are a lot of factors involved – power budget, thermals, the software itself, Windows might not allocate the right cores.”

The chip has been teased before. So at this point we’d love to see the thing released and available to buy, even if the 200MHz frequency boost isn’t something you’ll ever really feel in-game.

Anyway, like us mentioned late last year (opens in new tab) there was a time when Intel predicted 10 GHz CPUs thanks to its NetBurst Pentium 4 processors. More than 20 years later, it is still far from achieving that.

But in this era where it seems increasingly difficult to shrink transistors, it’s interesting to speculate whether clock speed could make a return as a primary driver of performance.