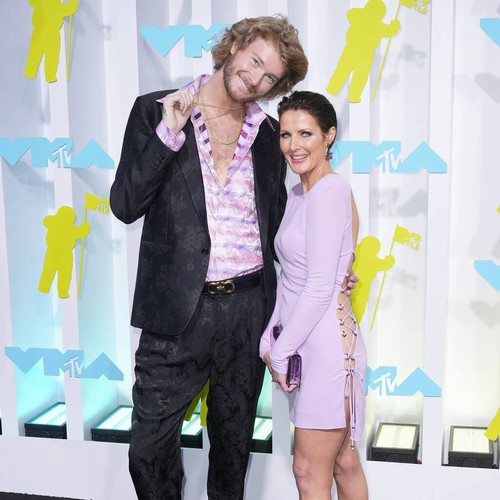 Yung Gravy has revealed that he is not in a relationship with Addison Rae’s mother, Sheri Easterling.

The rapper and TikTok star walked the red carpet together in coordinating lavender outfits at the 2022 MTV Video Music Awards in Newark, New Jersey in August, leading many to believe they were an item.

However, despite their public displays of affection on the red carpet, Yung Gravy set the record straight in an interview with E! News and insisted they weren’t dating.

“When they asked me to do the VMAs, I had never seen them before,” he said Monday. “I’ve seen clips, but I’ve never seen a red carpet thing. I didn’t really know what it meant. I thought, ‘Oh, I need a date. It would just be a nice little date.’ I think everyone just assumes that if you bring someone along, you’re together.

“I needed a date and we had flirted online before and I invited her to come over. We had a few nights beforehand to chill before the actual thing so it wasn’t like we just met but she is a sweetheart. We had a good time. We’re not dating. It’s hard to date when you’re traveling all the time.”

The 26-year-old, real name Matthew Hauri, did little to dispel speculation on the VMAs red carpet when he told MTV reporters at the time that he and Sheri met online and “connected instantly.”

“I love MILFs (Mother I’d Like to F**k) and she’s kind of the queen of MILFs so I thought it was just the perfect match,” he said of the 43-year-old.

Sheri confirmed that she had separated from Addison’s father, Monty Lopez, in July.